● Enjoy Slingshot and RPG together!

In Smash Tactics, you can enjoy both Slingshot and RPG system at the same time.

Enjoy both the fun of control and strengthening!

Smash Tactics has 4 types of units with different attributes.

The 4 types of attributes are mutually correlated, and by attacking with stronger attribute,

You can make the enemy stoned?

– Sword is strong against Spear

– Spear is strong against Shield

– Shield is strong against Bow

– Bow is strong against Sword

Give damage to the enemy by bumping.

Unit will die once the HP becomes 0.

Push the enemy out from the stage to kill them.

If the Heroes move out of the stage, they will come back but the Max HP will decrease by 30%.

Parrying is a defense skill to decrease damage and distance from the Enemy.

You can parry by tapping anywhere in the screen before the Enemy’s attack hits your Heroes.

Actively target the paring to reduce damage and avoid being pushed out of the stage!

● Aim for the Extra Smash!

Extra Smash is a system where the Hero gets a chance for another move when meeting a certain condition.

– Kill an Enemy with MAX HP in a single strike and get an Extra Smash!

– Push an Enemy with MAX HP out of the stage in your turn and get an Extra Smash!

– Make an Enemy stunned by reducing all Weak Points in your turn and get an Extra Smash!

Make Heroes stronger by strengthening them.

Heroes Levels will increase as they earn EXP through battle play.

You can also Power-up Heroes using Gold earned from gameplay.

There are 3 types to Power-up: ATK, DEF, AGI

Heroes who reach MAX Level and increased all Power-ups to MAX can Star Up with Gold and Weapon Pieces.

Once the Hero has Star Upped, the MAX Level increases, and you can Power-up again. 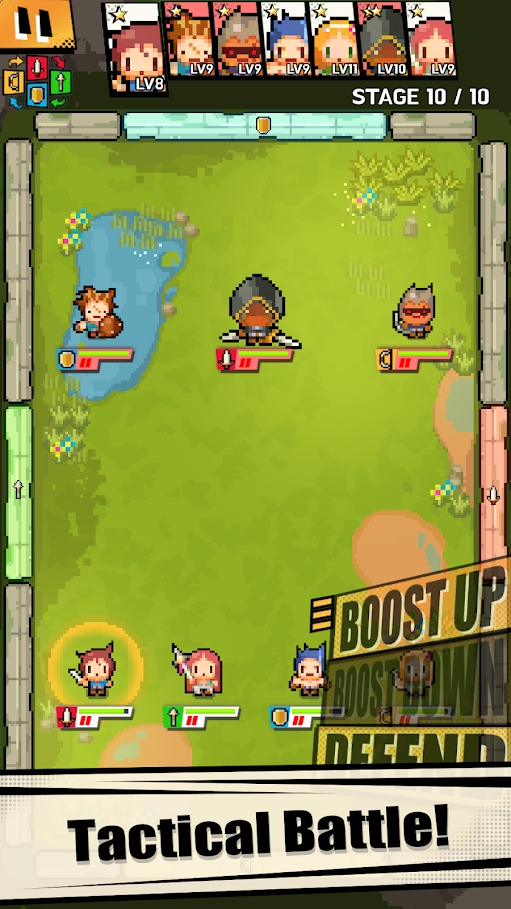 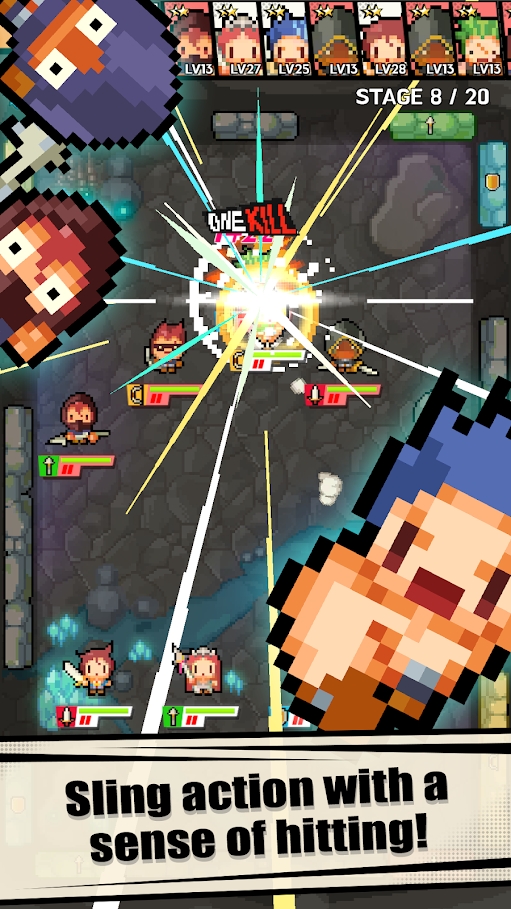 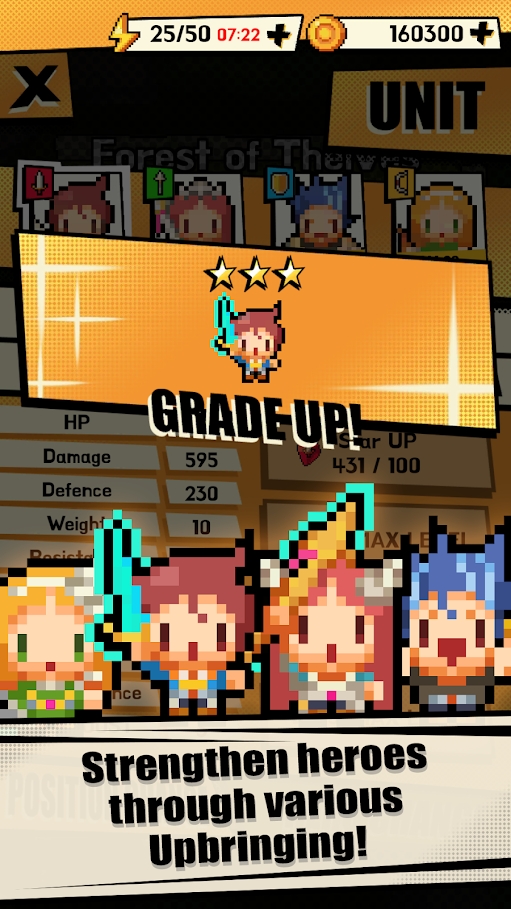 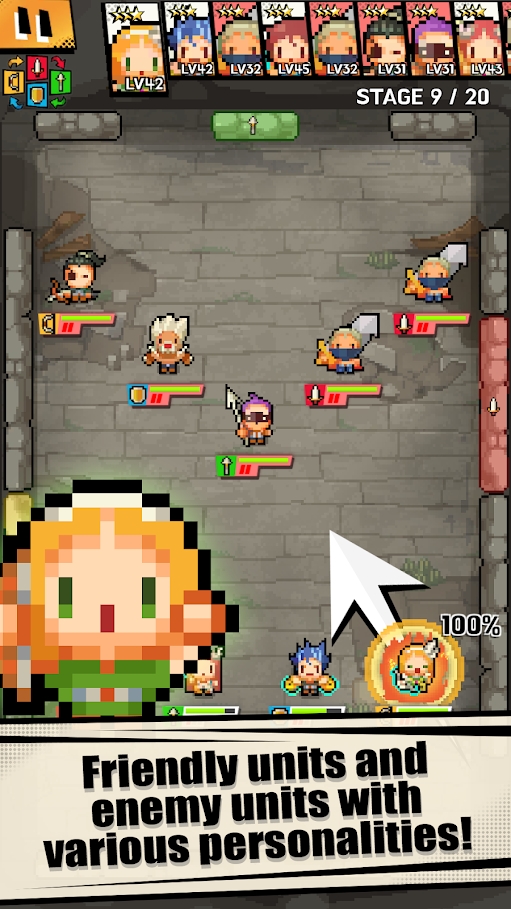